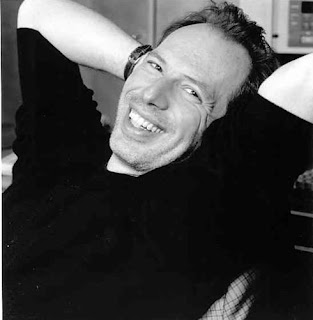 Hans Zimmer built a reputation on his electronic sound and quality in scoring for film. Hanss work can be heard through the bass, piano, guitar and synth modulation in the film Inception. When hearing the Inception score for the first time you can’t help but feel the emotions of the characters coming from the music. First, you hear that love is the premise of the scoring, then you also hear this dark ambient feeling. On the technical aspect of the score you recognize these huge orchestral scores layered perfectly with rock guitars. When hearing music in films breaking barriers such as the Inception score, it just makes you think how something like this came into being.

According to an interview on Steinberg, Hans discussed how the Inception score first began. Inception director Chris Nolan gave him a script and they both would just talk about what the movie was about, and the role of the music for the film. Hans and Chris has a long relationship dating far back as the Batman trilogy, so building a relationship can take you a long way in the entertainment industry. Chris is the type of director who let’s Hans throw ideas at him just to listen to get other perspectives. Hans also goes to say in the interview “You see a film composer’s job isn’t to do what the film director tells you to do, but to do something that the director doesn’t really expect, you’re supposed to come up with your own ideas.” (¶ 4) Lastly, in Hanss interview with Steinberg.net he discusses the main focus for the music in the Inception film. The score was created in such a way that it brings an emotional anchor to the confusion in the film for a better understanding.

As for the inspirations and production aspect of the Inception score, Hans was only provided a script to use for creating the score. Relying on orchestral blended with electronic music; Hans began the scoring of Inception. The more Hans was criticized for his use of orchestral the more he knew he was in the right direction. In a YouTube feature Hans Zimmer making of the Inception soundtrack. Hans talked about how he created electronic ambience tracks and would have an orchestra copy what was created electronically. He used a 22-musician orchestra brass section, used for creating that big Hollywood sound, but with a minimalist perspective. Incorporating guitars into an orchestra score was tricky to accomplish but with Johnny Marr on the strings it blended well together. 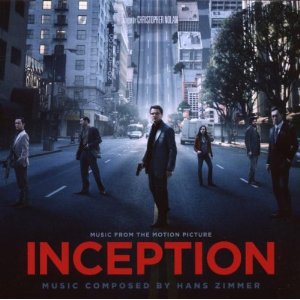 Hans talks of how you can purchase music from sound libraries but he doesn’t want music heard in different films. So he creates everything from scratch and in a unique way that it will always be new and fresh to the world. Too really grasp a piece of Hans Hollywood minimalist production of Inception, take a listen to the score Time. This track incorporates all of the aspects Hans was trying to capture during the production of this film. A love inspired score with a dark color, huge on brass, and blended with guitars to bridge the gap between how music was done in the past to how its done now.