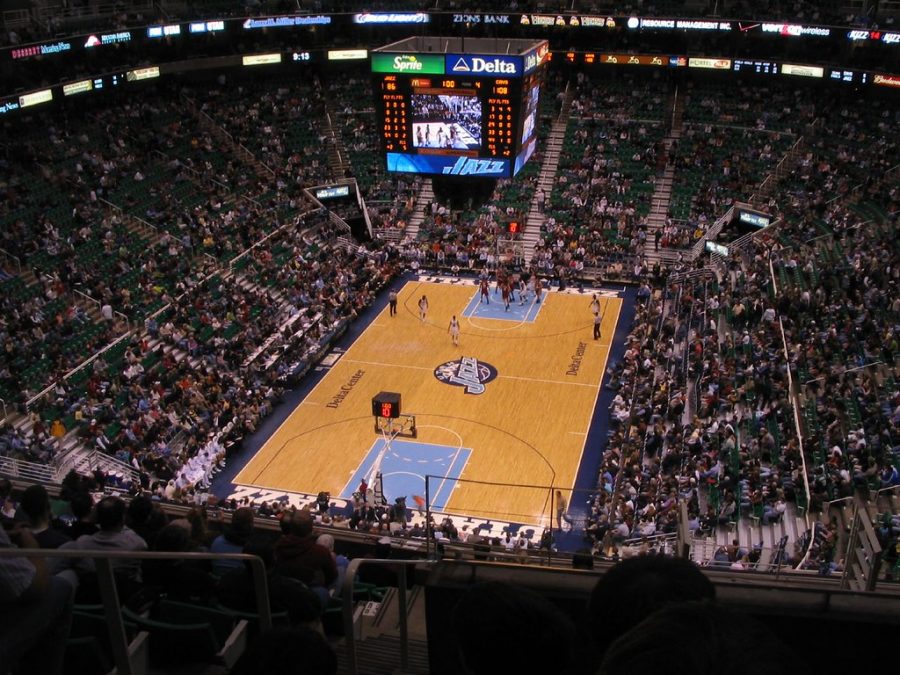 With no rest for the NBA weary during the time of COVID-19, the 2021-22 regular season schedule was released last week. Training camp begins in a month and it’s less than two months until the Utah Jazz open their regular season at home against the Oklahoma City Thunder and face former Jazzman Derrick Favors on October 20.

With that in mind, let’s take a deeper look at the who, when and where of the Jazz schedule to see how it shakes out. Why, you ask? Aren’t all schedules essentially the same in terms of opponents? Not really, is the simple answer. There are a variety of factors that go into determining the strength of the schedule. Back-to-backs, travel across multiple time zones and an unbalanced schedule are a few of the factors that determine how hard a team’s schedule is.

26 national TV games, up from nine last season, gives Utah the tenth most national appearances league wide. Utah will play 13 back to backs, one fewer than the league’s average of 14 back to backs per team. 10 times the Jazz will enter play with a rest advantage over their opponent, while playing nine times with a rest disadvantage. Additionally, Utah could benefit from the unbalanced schedule as they will face 2021 playoff teams like the Los Angeles Lakers, LA Clippers and Memphis Grizzlies three times instead of the customary four games for in-conference opponents.

Two six-game homestands, Dec. 15-25 & Feb. 2-14 give the Jazz great opportunities to sleep in their own beds for several days and serve as a type of respite from the constant travel associated with NBA play.

A single six game road trip could serve as one of the most difficult stretches of the season as Utah will see six playoff-likely teams over the course of 10 days. Not only will the competition be stiff during this stretch, but the travel will be onerous. The trip begins in New York and finishes in LA, with stops in Boston, Charlotte and Dallas along the way. Perhaps the only saving grace of this trip is that Utah gets to travel east to west, gaining hours across time zones. Otherwise, this is simply a nasty trip.

If you’re a fan of holidays and basketball, this is the year for you. The Jazz claimed one of the coveted Christmas Day spots, taking on the Dallas Mavericks in the final game of a five game slate that has become the NBA’s regular season marquee event. Utah will also play on Halloween at the Milwaukee Bucks with home games on New Year’s Eve and New Year’s Day against the Minnesota Timberwolves and Golden State Warriors. Martin Luther King Jr. Day will see the Jazz in LA facing the new-look Lakers for the first time.

The 2022 NBA All-Star break is a full week this season, Feb. 17-24. Though if the Jazz play anywhere near last season’s level, you can expect another 2-3 All-Stars taking their talents to Cleveland to participate in the festivities.

Another interesting note, though not unexpected, the league voted to continue the Play-In Tournament that was so successful last season. The tournament is scheduled for April 12-15 with the playoffs beginning April 16.

Game 1 of the NBA Finals is slated for June 2 with a possible Game 7 to take place on June 19.