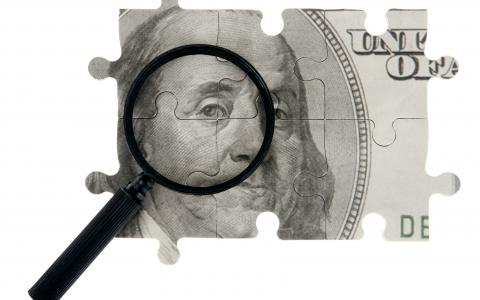 (Fox) Elon Musk, Bill Gates and a handful of other successful tech giants apparently have more in common than their bank accounts.

Philanthropist Ray Dalio, a billionaire investor and founder of Bridgewater Associates, asked some of the worlds most successful entrepreneurs to take a one-hour personality test to identify their leadership qualities — and each businessman apparently had similar results, at least, in one key category.

Dalio distributed the test, which was similar to the personality tests distributed by his investment company and mimics the well-known Myers Briggs indicator test, to the company founders and then analyzed their answers, Business Insider revealed in a report Friday. The Myers Briggs method breaks down characteristics into 16 categories, using four-letter acronyms to describe each persons specific personality type.

We look for people with a wide range of thinking types, Dalio previously told the publication about what qualities Bridgewater Associates looks for in a job candidate.

We have a saying that it takes all types to make a team, he continued. For example, some people who are creative are not reliable and vice versa; some see big pictures while others see details, etc. All of them are important to have on well-orchestrated teams. So we look for people with a wide range of thinking types who are self-reflective and can work together in an open-minded way.

While Dalio praises diverse attitudes and business sense, the billionaire reportedly pointed out in his book Principles that some of the top leaders score low when it comes concern for others.

According to Business Insider, the SpaceX and Tesla CEO, Microsoft founder as well as Twitters Jack Dorsey and Netflixs Reed Hastings each took the personality test and agreed theyd choose to achieve their professional goals over pleasing others.

But is that a bad thing? Not necessarily, Dalio told Business Insider, noting that it simply means they will do whatever it takes to accomplish their dreams — even if there is a chance it may upset some people.

While Musk may be among those who choose to accomplish goals over concern for peoples happiness, the 47-year-old has attributed his success to collaboration with great people over the years.

A company is a group of people organized to create a product or service, and that product or service is only as good as the people in the company — and how excited they are about creating it. I do want to recognize a ton of super-talented people. Without them, I would have accomplished very little. I just happen to be the face of the companies, he told Forbes in 2016.

Gates recently said if he could go back in time, he would tweak his management style.

“I would try and make myself more self-aware without getting rid of the focus and desire to learn,” the 63-year-old said during an “Ask Me Anything” session on Reddit in February, per CNBC. “I was overly intense and socially inept.

40% of millennial investors (aged 25 to 40) want the option to add cryptocurrencies to their retirement plans, according to a Spring 2021 survey.